Amtrak Train Derailed After Collision with Dump Truck in Missouri

The number of injuries and fatalities is not yet known

The Missouri Department of Public Safety reported that the collision occurred near Mendon, around 115 miles northeast of Kansas City, just after 12:40 P.M. Central Time.

The train was carrying 243 passengers and 12 crew members. It had originally departed from Los Angeles.

The Missouri State Highway Patrol said on Twitter that eight cars had been derailed and several agencies were responding to the scene.

The train I was traveling on derailed on the way to Iowa near Mendon Missouri pic.twitter.com/YndSEEXkto

“We do believe there could be some fatalities, but again, it’s way early on in getting information,” said Governor Mike Parson in a statement just after 3:00 P.M., per the Kansas City Star. “Right now, our thoughts and prayers are for the people that were on that train, the family, the rescue people. But a lot of things have to take place right now. So we’re monitoring as we go, but it’s a bad thing.”

Congressman Sam Graves said he was “closely monitoring” the collision and  “praying for all involved.”

Emergency personnel was reported to have called for a mass casualty trailer in a dispatch following the crash.

The Missouri Department of Natural Resources called the derailment a “large fatality event” and was standing by for possible environmental problems.

The train was traveling roughly 90 mph at the time of the collision.

Amtrak confirmed in a statement that its Southwest Chief Train 4 had hit a truck that was on a public crossing.

“Local authorities are currently assisting customers,” the company said. “Our Incident Response Team has been activated, and we are deploying emergency personnel to the scene to help support our passengers, our employees and their families with their needs.”

Anyone with friends or family traveling on the train has been directed to call a hotline with any questions.

In the last decade, there have been 24 derailed Amtrak trains. The Washington Post, which analyzed federal data tracking train transit, found this was a significant reduction from the number of derailments the company reports in the prior decade.

“Monday’s derailment marks the second consecutive day an Amtrak train was involved in a serious crash,” reports NBC News. “Three people were killed and two others injured after an Amtrak train crashed into a vehicle obstructing rail tracks near Brentwood, California” on June 26. 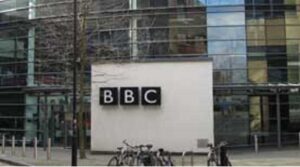