Two lawsuits have been filed in the wake of a fatal train collision in Missouri.

Amtrak’s Southwest Chief Train 4 was bound for Chicago from Los Angeles when it struck a dump truck at an intersection in Medon, just over 100 miles northeast of Kansas City, on June 27. Several train cars flipped on their sides during the incident with over 275 passengers on board.

The passenger railroad service has sued the owners of the truck involved in the crash after train operators reported that the driver, Billy Dean Barton II, could see the train coming and “recklessly crossed the track.” Barton died during the collision.

Amtrak is seeking $75,000 from MS Contracting, the contracting company that owned the vehicle.

“Despite the fact that it was unsafe, careless and reckless to do so because of the clearly visible approaching Amtrak Train 4, Barton failed to yield the right of way to the approaching Amtrak Southwest Chief Train 4,” states the lawsuit obtained by Business Insider.

Amtrak claims the company “negligently, carelessly and recklessly failed to properly train and supervise its employees, including Bill Barton, causing the collision and derailment of Amtrak Train 4.”

Mrs. Barton said the railroad crossing where the collision occurred was “ultra-hazardous,” lacked “bells, gates, or lights,” and was not properly maintained. She contends that her husband “did not see or hear the train coming with adequate warning to safely cross the tracks.”

The lawsuit states that the safety issues at the crossing had been reported to the county prior to the collision and that Rodriguez “knew or should have known that the Porche crossing posed a grave danger to the public.”

The widow is seeking $25,000 and prejudgment interest to cover the legal bills incurred from filing the lawsuit.

“This grade crossing was a trap,” Steven Groves, an attorney for the Barton family, told The Washington Post. “It’s literally not possible to use it safely for someone who’s driving a truck like he was, when a 90-mile-per-hour train comes down the track like it did.”

Multiple investigators from the National Transportation Safety Board were at the scene of the June 27 crash. While the investigation is ongoing, the NTSB has reported the train was traveling 87 mph which is below the 90 mph speed limit at the time of the collision. Both Amtrak and BNSF have estimated the wreck caused $75,000 worth of damages.

At least three passengers, Rochelle Cook, 58, and Kim Holsapple, 56, and Binh Pan, 82, were killed during the collision and an estimated 100 were injured. 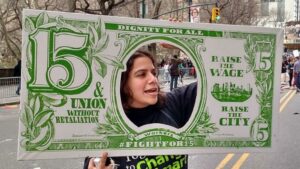