Jet fuel shortages are expected to cause problems to major airports across the country, American Airlines warned on Monday.

Though the airline reported that the shortage mainly impacted western U.S. cities, impacts are now being reported at stations across the country.

“Delivery delays are expected to continue through mid-August,” according to a company memo reviewed by CNBC. “As our country continues to face multiple challenges, let’s work together as a team to operate reliably, safely and as efficiently as possible.”

The shortage began when “a spike in demand for jet fuel both by commercial airlines and from firefighting aircraft in Montana and the Pacific Northwest” further compounded complications with the supply chain.

“In California, recent flights in and out of Fresno Yosemite International Airport were disrupted by jet fuel shortages blamed on the lack of tanker truck driver deliveries,” the Associated Press reported.

The shortage prompted Nevada state lawmakers to issue a joint statement addressing the severity of the situation.

“Further failure to secure adequate fuel supplies is unacceptable,” the statement reads. “We are currently speaking to all responsible parties to understand how this situation occurred and prevent future shortages.”

“[It] could force the cancellation of cargo and passenger fights, potentially restricting the flow of tourists and essential goods into the northern part of the state,” as per AP. 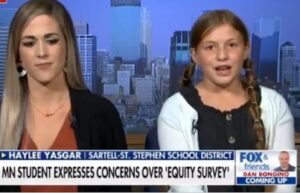