According to the airline, an American Airlines flight to London returned to Miami after a passenger refused to follow the federal requirement to wear a face mask.

Late Wednesday, American Airlines Flight 38, a Boeing 777 with 129 passengers and 14 crew members abroad, turned back for Miami International Airport just over an hour into the trip.

The return was “due to a disruptive customer refusing to comply with the federal mask requirement,” American said in a statement. “The flight landed safely at MIA where local law enforcement met the aircraft. We thank our crew for their professionalism and apologize to our customers for the inconvenience.”

The airline called Miami police and officers escorted a woman off the plane without incident.

An airline spokesman said that the woman was put on American’s internal no-fly list pending further investigation. Many airlines have banned passengers during the pandemic if they refuse to follow mandatory mask requirements.

Under the US federal mask mandate, everyone must wear a mask covering their mouth and nose while on flights and other forms of public transportation.

According to the Federal Aviation Administration, airlines reported nearly 6,000 incidents involving unruly passengers last year and 151 in the first two weeks of this year. Most of the reported incidents involved passengers who refused to wear masks.

Some incidents have included physical assault against crews. In October of last year, an American Airlines flight attendant was hospitalized after a passenger struck her in the face.

The Federal Aviation Administration says it has initiated 32 investigations out of the 151 unruly passenger reports it has received so far in 2022. 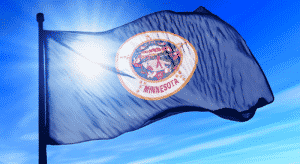