Musk could be involved in 'the business, operations, capital structure, governance, management, strategy of the Issuer'

On Monday, an updated filing related to Elon Musk’s investment in Twitter was updated, stating the purpose of his investment, which included strategy, operations, and governance.

In the SEC filing, the amendment states that Musk was invited to join the company Board but declined the position on April 9, 2022.

It also states that Musk “reserves the right to change his plans at any time, as he deems appropriate.” This amendment means that Musk may buy or sell any amount of outstanding shares or equity in the company based on his desires and needs.

It further raises questions about the intentions of Musk’s position in the social media giant. However, Musk has repeatedly been outspoken about his focus on free speech and the issues of censorship in social media.

On Sunday, Twitter notified employees and shareholders that its largest shareholder, Musk, will not be joining the social media giant’s Board.

Last week, along with filings with the SEC, it was reported that Musk would join the Board of Twitter, subject to a background check.

Parag Agrawal, Twitter’s CEO, made the announcement in a post on the platform.

In an SEC filing last Monday, it was confirmed that Musk purchased roughly 73.4 million shares in the company — making him the largest shareholder in Twitter. According to the Financial Times, founder Jack Dorsey only holds a 2.25% stake in Twitter.

However, on Sunday evening, a note from Agrawal to employees notified them that Musk was not going to accept his position on the company’s Board.

Elon has decided not to join our board. I sent a brief note to the company, sharing with you all here. pic.twitter.com/lfrXACavvk

Musk’s Board seat was set to become official on Saturday, April 9. However, according to the statement, Musk notified the leadership he would not take the board seat.

Agrawal said, “I believe this is for the best.” He also went on to state that the company’s leadership would always “value the input of our shareholders whether that are on the Board or not.”

The Twitter CEO also said there would be “distractions ahead, but our goals and priorities remain unchanged.”

It remains to be seen what actions and influence Musk will exercise as the company’s largest shareholder. 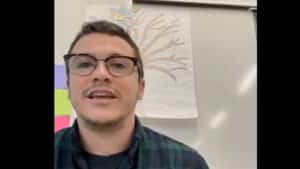