Amazon has reported its first quarterly loss since 2015, linking the financial blow to reduced online sales and a decline in the value of its shares in electric vehicle firm Rivian.

On Thursday, the tech giant released its quarterly earning report and said it had a net loss of $3.8 billion in the quarter ended March 31. The change was a drastic decrease from the same period in 2021, when it made an $8.1 billion profit. The heavy loss was a significant miss from the $4.4 billion profit that analysts had forecast.

The company said that the loss was primarily due to a $7.6 billion loss from its investment in electric car manufacturer Rivian Automotive. Amazon invested about $700 million into Rivian in 2019. Since that time the company has seen its stock plummet more than 75% since its November 2021 IPO.

Amazon’s overall revenue grew 7% over the same period in 2021 to $116.4 billion, slightly beating analyst forecasts but slower than the 9% growth in the final months of 2021. Amazon noted that it expected revenue growth would slow even more next quarter, anticipating a growth rate between 3% and 7%.

According to the annual report, AWS revenues were up 37% year-on-year, while advertising revenue was up 23%.

Some of the company’s growth showed marked slowdown. Its international business saw 6% reduction in sales revenue.

Amazon has already said it is raising the price of its Prime service for U.S. customers, citing increased wages and shipping costs.

He added that the company was also facing increased costs, with “ongoing inflationary and supply chain pressures.”

“The cost to ship an overseas container has more than doubled compared to pre-pandemic rates,” Olsavsky said. “The cost of fuel is approximately one and a half times higher than it was even a year ago.” 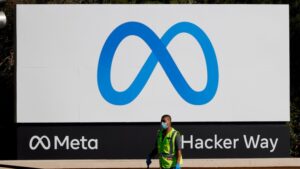