Amazon Plans to Open its Own Department Stores

Amazon is planning to launch brick-and-mortar department stores, according to a new report.

Initially, the company will open large physical locations in California and Ohio. At 30,000 feet, the storefronts will be smaller than traditional department stores, which are typically around 100,000 square feet. Amazon’s department stores would be closer in size to a T.J. Maxx than to a Nordstrom.

“It is unclear what brands Amazon will offer in the stores, although the company’s private-label goods are expected to feature prominently, the people said. Amazon sells scores of products including clothes, furniture, batteries and electronic devices through many of its own labels. The plans aren’t yet final and could change,” reports The Wall Street Journal.

This would not be the retail giant’s first foray into in-person shopping. In 2017, the company bought Whole Foods. It also has multiple bookstores as well as grab-and-go convenience stores. There are Amazon4-star stores in New York, Scottsdale, Seattle, and other cities that stock items favorably rated by its customers.

“For Amazon, the advantage of establishing a physical footprint would be that consumers can get a feel or try on items before they buy them, which could reduce problems like shopper complaints when shipped items don’t come as advertised or are damaged en route,” per Popular Science. In-person shopping could give the retailer more insight into customers’ preferences.

Amazon has long been considered the cause of the traditional storefront’s death. The massive, online shopping juggernaut surpassed Walmart this month as the biggest retailer outside of China.

“Amazon’s ascent is the culmination of founder Jeff Bezos’s long-term vision that the convenience of shopping online combined with home delivery would eventually win out,” says Inc.

Now, “Amazon’s entry into department stores would put even more pressure on an already struggling retail segment,” says CNBC. “J.C. Penney, Lord & Taylor and Neiman Marcus were among the retailers that filed for bankruptcy last year. Nordstrom and Macy’s have been investing heavily in an effort to attract new customers, including opening smaller format stores and improving their e-commerce businesses.” 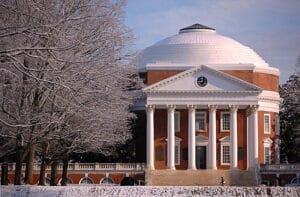 3 responses to “Amazon Plans to Open its Own Department Stores”