Joshua James, leader of the Alabama chapter of the Oath Keepers, pleaded guilty to the charges and agreed to cooperate with officials

On Wednesday, an Alabama man affiliated with the group Oath Keepers pleaded guilty to seditious conspiracy for his actions related to the Jan. 6 capital riot, becoming the first person involved in the events to be convicted of the rarely utilized charge.

Joshua A. James, who also pleaded guilty to a charge of obstruction of an official proceeding, is expected to be sentenced to more than seven years in federal prison.

James, 34, from Arab, Alabama, admitted getting into a physical altercation with a police officer inside the nation’s Capitol. He further acknowledged participating in a plan to use force to stop or hinder the transfer of presidential power. James also agreed to cooperate with officials investigating the events and testify before a grand jury.

Officials have said James and others members of the Oath Keepers group rode golf carts to the Capitol, pushed through the crowd in a military-style “stack” formation, and trespassed into the capitol building.

James was accused of forcing his way past officers who tried to stop rioters from moving toward the Rotunda.

According to prosecutors, in the official court documents, James stated in an encrypted chat that he believed teams within the group were sufficiently armed the week before the riot.

Seditious conspiracy convictions carry a maximum sentence of 20 years, compared to five years on the lesser conspiracy charges facing other members of the group.

Members of the Oath Keepers are accused of working together to use force to stop the peaceful transfer of presidential power.

Officials have said participants utilized encrypted chats for planning, traveled to the nation’s capital from across the country, organized into teams, used military tactics, hid weapons they felt were needed, and communicated with each other during the events on Jan. 6, 2021. 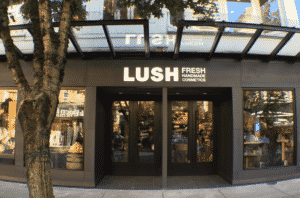