Alabama Attorney General Steve Marshall has announced that women can be prosecuted for using abortion pills to terminate pregnancies in the state.

According to the state’s Human Life Protection Act, abortion is banned — except in cases where the mother’s health is in danger.

The law criminalizes the act of performing an abortion but explicitly says that the woman cannot be prosecuted.

Instead, Marshall is pointing to the chemical-endangerment law, which was passed in 2006 to protect children from meth lab fumes. It has since been used to prosecute women who use drugs during their pregnancies and cause stillbirths or miscarriages.

Marshall explained his reasoning to Al.com on Tuesday.

“The Human Life Protection Act targets abortion providers, exempting women ‘upon whom an abortion is performed or attempted to be performed’ from liability under the law,” Marshall said in a statement to the outlet. “It does not provide an across-the-board exemption from all criminal laws, including the chemical-endangerment law—which the Alabama Supreme Court has affirmed and reaffirmed protects unborn children.”

The report notes that justices on the Alabama Supreme Court upheld and affirmed prosecutions of pregnant people under the chemical-endangerment law in 2013 and 2014. At least 1,000 Alabama women have been prosecuted under this law for using drugs, including marijuana, during their pregnancies.

Last week, the U.S. Food and Drug Administration changed the laws regulating the abortion drugs mifepristone and misoprostol, allowing them to be shipped in the mail by telehealth and digital pharmacies. Previously, a patient had to go to a brick-and-mortar clinic to receive them.

“Promoting the remote prescription and administration of abortion pills endangers both women and unborn children,” Marshall said. “Elective abortion—including abortion pills—is illegal in Alabama. Nothing about the Justice Department’s guidance changes that. Anyone who remotely prescribes abortion pills in Alabama does so at their own peril: I will vigorously enforce Alabama law to protect unborn life.”

“The ACLU of Alabama is disappointed to learn that Alabama Attorney General Steve Marshall is continuing to insert himself into a person’s medical exam room,” Gilchrist told the outlet. “Medical decisions should remain the private choice between a patient and doctor. The Alabama Attorney General lacks the jurisdiction to prosecute Alabamians from receiving legal and legitimate medical services prescribed outside the state of Alabama.” 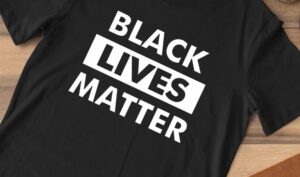