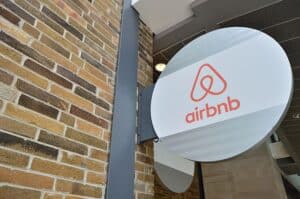 Tens of thousands of reservations have been canceled by AirBnB in a year following its “global party ban.”

“What we care most about is trying to stop any kind of disruptive gathering. The open invite gatherings are a big priority for us, the ones where the host of the party doesn’t know everyone who is showing up,” Ben Breit, global trust communications lead for the company told the Denver Post.

The reservation system blocks what it regards as “suspicious reservation” – meaning it will simply not process the booking request. Breit says criteria includes being a person under 25 with a history of negative reviews. A young person renting a small space or outside a major city would not be blocked by the system.

“Airbnb first announced a ban on some young adults booking rentals close to where they live in a July 2020 press release, which led to more than 770,000 blocked reservations across the US and Canada, the company said in October last year,” Business Insider reports.

The exact number of reversed or blocked reservations is not clear. It has been projected to be between 20,000 to 50,000 domestically during the past year.

AirBnB suggested the numbers many be inflated as some customers may have tried to make multiple bookings.

The company’s motivation for the ban is also complex. In a statement released last August, AirBnB stressed the necessity of following social distancing practices. The ‘event-friendly’ search filter was removed on its website. It claimed some customers were using the short-term rentals to avoid local mandates.

“Some have chosen to take bar and club behavior to homes, sometimes rented through our platform. We think such conduct is incredibly irresponsible – we do not want that type of business, and anyone engaged in or allowing that behavior does not belong on our platform,” the company said

It conceded that the ban of suspected ‘party houses’ began in 2019. Party houses are “listings that create persistent neighborhood nuisance.”

CEO Brian Chesky tweeted about the ban in November of 2019 after five people were shot at a Halloween party hosted at a San Francisco-area AirBnB. He said “We must do better, and we will. This is unacceptable.”

However, the mother of 23-year-old Raymon Hill, who was killed in the incident, did not hear from the company until her lawyer, Jesse Danoff, publicly criticized AirBnB.

“The only thing that really motivates them is the threat or potential threat of bad PR or a nightmare in the press,” Danoff said to Bloomberg Business. The website recently reported on the company’s secret safety team responsible for soothing guests and covering potential public relations scandals. Nick Shapiro, a former deputy chief of staff at the Central Intelligence Agency and National Security Council adviser in the Obama White House, works as the crisis manager.

This June, two teenagers were shot at an AirBnB party that had over 100 attendees in Texas. The part house ban is still in place. 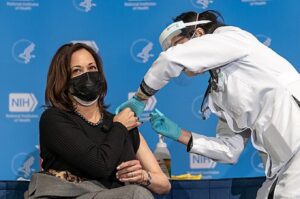