The United States Air Force sent one of its chaplains an official letter of reprimand after he appealed a denial of his religious accommodations request (RAR) following the military’s COVID-19 vaccine mandate.

The active-duty major fit the requirements for the RAR and submitted his request before the deadline. After it was denied, he appealed the Air Force’s decision. His appeal was subsequently also denied.

The chaplain was then ordered to get the COVID-19 vaccine. When he refused to comply, he received a letter of correction which is a minor disciplinary measure. The Air Force ordered him to get vaccinated for a second time and he again refused. The letter of reprimand was then issued.

“The Department of the Air Force has a compelling government interest in requiring you to comply with the COVID-19 immunization because preventing the spread of disease among the force is vital to mission accomplishment,” according to a redacted copy of the letter. “Specifically, in light of your circumstances, your present duty assignment requires intermittent to frequent contact with others and is not fully achievable via telework or with adequate distancing.”

Daviss Younts, an attorney for the anonymous chaplain, told Just The News that the major’s request to overturn the letter of reprimand has been denied.

“Letters of Reprimand are often used for things like Sexual Harassment, Cruelty and Maltreatment, False Official Statements, and Dereliction of Duty,” Younts said.

The letter will be a part of the major’s performance file. A negative performance report could remove him from considerations for promotion for the rest of his military career.

Younts said that while his client has the right to defend his decision to refuse the vaccine to an administrative separation board, it is likely the Air Force will offer him an honorable discharge with the condition he waves that right.

The attorney also said his client believes submitting to the vaccine mandate violates both his oath as a service member and the tenants of his religious beliefs.

“He believes that submitting to an unlawful order would violate his oath to support and defend the Constitution and would make him disqualified to serve as an ordained pastor in the future,” Younts explained. “Despite the fact that he is facing punishment and discharge, he believes that he must take this stand for his faith and for all the Airmen he has ministered to. He does not believe that he could ever preach to military members or any congregation again if he compromised his faith and was not a voice for the voiceless.”

The United States Marine Corps became the first branch of the military to honor religious exemptions after it granted RAR to two Marines in January.

In August of 2021, Defense Secretary Lloyd Austin made the COIVD-19 vaccine mandatory for all service members. The announcement came two days after the Food and Drug Administration gave the Pfizer-BioNTech vaccine full approval for people over the age of 16.

All secretaries of the military departments were directed to immediately begin fully vaccinating all of their active duty or in the Guard Reserve members who had not previously been vaccinated.

At the time, Pentagon press secretary John F. Kirby said service members who had been advised by their doctor from getting the vaccine would be exempt and that there may be exemptions granted for religious reasons. 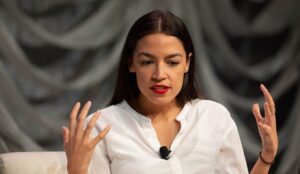