Kadena Airbase is home to 18,000 American servicemen, contractors, and their families and serves a pivotal role in the strategic planning of the U.S. military.

The Okinawa-based military complex is active in the promotion of Pride events, with the airbase hosting weekly gay-themed “Reading Rainbow” programs for the children of service members. A pamphlet promoting the event also listed an upcoming drag show scheduled for June 25.

“Today, we had a very special Pride storytime,” said Devin Farmer, the director of the Marine Corps Community Services Libraries in Okinawa. “So, this was a time where we could share stories about LGBTQ people, characters, and situations — the stories we read today are not any different than any fairytale. Where you see a princess who meets a prince, in one of these stories you see a prince who meets a knight. These are just people who are in love, and love is universal.”

“I wanted to set up this event because there wasn’t a lot of LGBT-friendly things when I grew up, and I myself am LGBT, so I set up a children’s book reading session just to express the diversity,” Staff Sergeant Andrea Anderson explained.

“Libraries are for everyone. They’re for everyone. Regardless of your viewpoint, we will have something to support you. That’s why we’re here. Each book has its reader, and each reader its book,” Farmer said.

The military has taken an active role in disseminating information related to LGBT awareness, with all branches hosting some form of “Pride Month” celebration.

“We’ve gotta be inclusive with one another,” U.S. Army Colonel Ryan Roseberry explained at an event hosted at the U.S. Army Garrison in Stuggart, Germany. “If you’re a service member on the battlefield, it doesn’t matter. We’re there to back up each other. We’re there to fight with one another. We’re here to win America’s wars. So diversity is a foundation — a fundamental value of the United States military.”

But the two civilians cautioned military personnel never to pressure someone to reveal their pronouns, explaining that the individual might still be discovering such answers for themselves. Instead, they advise people to use gender-neutral language until their preferences are disclosed.

But that shouldn’t stop you from using your pronouns in e-mails and other correspondence to hint that you accept everybody, they said. 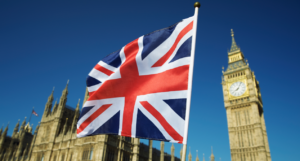