Jack Sweeney, the 20-year-old Twitter user who sparked controversy earlier this month for his operation of an automated account that posted the flight data of Elon Musk’s private jet, has returned to Twitter.

His new account, @ElonJetNextDay, is programmed to comply with Twitter’s new terms of service, which were previously altered in response to a version of ElonJet that operated close to real-time. Sweeney, who ran several similar accounts focused on tracking the air travel of executives working at major corporations and other billionaires, has now created a new account and programmed his automated posts to publish 24 hours after he first records the data.

At this time, it is unclear whether Sweeney will be allowed to maintain his new bot on the platform. Without Musk blessing his return, this new account could run afoul of Twitter’s ban evasion policy:

The delay was added to the bot in response to an ad-hoc policy created by Musk that declared the publishing of an individual’s current location was tantamount to doxxing. Musk simultaneously explained that he banned Sweeney’s original accounts because he assumed the tool he published had been used on Dec. 13 by Brandon Collado, an Uber Eats driver who Musk alleged to have stalked a vehicle transporting his young son.

The police department of South Pasadena, the city where the alleged incident involving Collado occurred, released a statement on the matter a week later. According to their investigation, it was Musk’s security agent who assaulted Collado before leaving the scene. Collado, for his part, was actively trying to hide his identity, was driving a rental car, and was wearing gloves and a mask.

The Washington Post was able to identify the alleged stalker as Brandon Collado by tracing the origin of the vehicle to a car rental vendor called Turo. In subsequent interviews, Collado provided footage from his altercation with a member of Musk’s security team and explained that, while he was only in that neighborhood to deliver for Uber Eats, he did believe that Claire Elise Boucher, who is the mother of Musk’s son and a musician who uses the stage name Grimes, has been trying to secretly communicate with him using posts on Instagram:

In his communications with The Post, Collado, who said he was a driver for Uber Eats, also made several bizarre and unsupported claims, including that he believed Boucher was sending him coded messages through her Instagram posts; that Musk was monitoring his real-time location; and that Musk could control Uber Eats to block him from receiving delivery orders. He said he was in Boucher’s neighborhood to work for Uber Eats.

He said the incident was caught on the gas station’s security camera and that footage had been turned over to the South Pasadena police on Thursday.

Sweeney, who began tracking Musk in 2020 when he was still a teenager, was offered $5,000 from the entrepreneur who, citing security concerns, asked that he stop tracking his plane. At the time, Sweeney offered his own counterproposal: $50,000, an internship, or a Tesla Model 3.
*For corrections please email [email protected]*
Share
Next 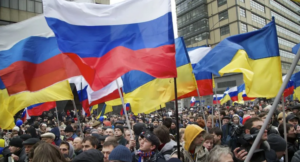