The U.S. economy gained 467,000 jobs in January, and the unemployment rate rose to 4 percent from 3.9 percent, according to the monthly employment report from the Bureau of Labor Statistics.

The Omicron variant had economists’ expectations lower for the anticipated monthly report. Some expected a gain of only 150,000 jobs, while others predicted a loss of up to 400,000 positions.

The report comes days after the ADP report on private-sector payrolls, which showed a loss of 301,000 jobs for the month. Even the White House made a point to warn for a job report that “could look a little strange.”

“If you think about omicron in early January, and the impact it was having in terms of the number of people who were out sick, we do expect there to be some real variation in the data,” said Brian Deese, the National Economic Council director.

On Thursday, the weekly initial jobless claim data released showed a drop of 23,000, the second straight week of declines. The decrease followed multiple weeks of sharp increase, which had economists concerned about a quick but more harsh climb in job losses.

The fast-moving Omicron variant swept through significant portions of the U.S. economy in early winter, bringing restaurants, Broadway, schools, and other activities to an abrupt halt as people temporarily dropped out of the workforce.

Before Friday’s release, many economists warned that predicting the month’s numbers with any degree of accuracy would be an exercise in futility.

“Covid has clearly created an environment where economists have struggled to come in some cases even remotely close to the actual number,” said Mark Heppenstall, president and chief investment officer at Penn Mutual Asset Management. 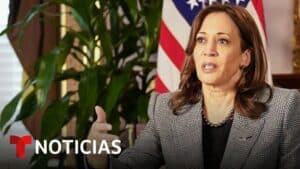