Twitter's Board consists of investors, CEOs, politicians, and multiple former Google employees who retain a minor stake in ownership

In a filing with the SEC last week, Musk offered to purchase the entirety of Twitter for $54.20 per share after weeks of curious tweets implying he saw a need for change.

On that same day, in a press release, the leadership of Twitter said Musk’s roughly $43 billion offer was an “unsolicited” and “non-binding proposal.”

However, a day later, Twitter held a Board meeting, followed by an all-hands employee meeting, where CEO Parag Agrawal stated that the company was not being “held hostage” by Musk’s attempt to buy the social media giant.

Yesterday, in a filing with the SEC, Twitter’s Board filed a Shareholder Rights Agreement that provided a dividend right to thwart Musk’s attempt to take control. The move, often called a “poison pill,” was a direct action on behalf of the Board to make it much more difficult for Musk to purchase a controlling stake of equity in Twitter.

Here is a look at the members of the Board working to end Musk’s efforts.

Taylor, the chairman of Twitter, is also the co-CEO of Salesforce, a cloud-based software company. He previously served as chief technology officer at Facebook from 2009 to 2012.

Agrawal joined Twitter in 2011. In late 2021, he replaced Twitter founder Jack Dorsey as CEO of the company. Prior to his role as CEO, Agrawal served as the company’s chief technology officer.

After stepping down from his role as CEO, Twitter’s co-founder has remained on the company’s Board. He has been a positive voice behind Musk’s attempts to call for accountability in censorship and change.

She currently serves as the senior vice president for public-private partnerships at Mastercard. Previously, Alemayehou was a managing director and board member for Black Rhino Group’s investment platform.

Durban is the co-CEO of private investment firm Silver Lake, which he helped found in 1999.

Lane Fox is the founder and chairwoman of Lucky Voice Group, a London-based karaoke services company.

Kordestani is an Iranian-born businessman who once held senior positions at Google and Netscape. He served as the company’s executive chairman from 2015 to 2020.

Li is a professor in Stanford University’s computer science department. She also serves as the co-director for Stanford’s Institute for Human-Centered Artificial Intelligence.

Pichette is a general partner at venture capital firm Inovia Capital. He served as Google’s chief financial officer before Inovia.

Rosenblatt is the CEO of e-commerce and luxury marketplace 1stDibs. He has been on Twitter’s Board since 2010.

Zoellick is the former board chairman for AllianceBernstein Holding. He was previously the president of the World Bank Group. Zoellick was the deputy secretary for the Department of State from 2005 until 2006.

Since their apparent actions to stop Musk from purchasing the social media platform, the Board has come under scrutiny from outside sources. Some have suggested that the Board is violating its fiduciary duty to shareholders.

The $TWTR board’s interests aren’t waligned with TWTR shareholders. The board serves to represent shareholders. If they refuse to act in the best interest of SHs, they should be removed and replaced by new board members who understand their fiduciary obligations. https://t.co/MqsysyktkT

Musk has also tweeted his concern over the Twitter Board’s current actions.

Absolutely. It would be utterly indefensible not to put this offer to a shareholder vote. They own the company, not the board of directors.

It remains to be seen what will come of Musk’s bid to purchase the social media company. 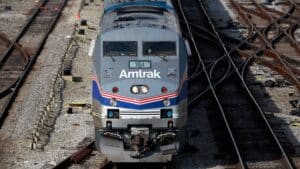