Fourteen people were killed after a mob of at least 500 villagers surrounded a local police station in Madagascar and attempted to forcefully gain entry while demanding that the four suspects in the kidnapping of an albino child be turned over to them.

According to local reports, the gendarmerie Ikongo brigade opened fire on a mob of villagers that descended on their police station following the announcement that four suspects had been detained for their role in the murder of a mother and the kidnapping of her young albino child.

The victim’s family, according to 2424 Madagascar, called on the villagers to take justice into their own hands, and after an initial standoff and negotiations with police reaching an impasse, the villagers attempted to force their way into the station. The police stationed at the precinct, in fear for their lives, attempted to disperse the mob using non-lethal methods, but when those means failed to deter the crowd, they opened fire.

According to the Daily Mail and a journalist with the Agence France-Presse, a police officer speaking on the condition of anonymity said that the mob “tried to force their way” inside before the decision to use lethal force was made. “They continued to force their way through,” the officer told AFP. “We had no choice but to defend ourselves.”

Jean-Brunelle Razafintsiandraofa, a legislator representing the Ikongo district in Madagascar’s parliament, confirmed to AFP that the kidnapping and murder occurred last week in his district.

Nine people were killed instantly, and an additional nine died at a local hospital. An estimated 40 more people were wounded, some critically.

Some subsections of African society, particularly those who believe in the power of witchcraft, have promoted the fictitious theory that the blood and body parts of albino people are imbued with a power that can grant luck, wealth, and good health. 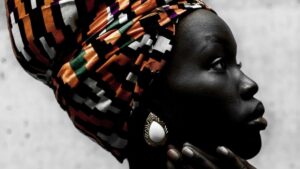