A Clash On Crime

New York City’s new Mayor, Eric Adams, promised a tough approach to crime that contrasted with the soft-on-crime stance of unpopular Mayor Bill de Blasio. Adams declared “This city is not going to be a city of riots, it’s not going to be a city of burning” and pledged to create a “plainclothes gun unit” to further address violent crime. He also stated that he would appoint judges who are tough on crime when he assumed office. With the advent of rising crime in major cities, the vast majority of which are controlled by the Democratic Party, politicians that previously backed defunding the police have reversed course. San Francisco Mayor London Breed, after embracing cuts to the police budget last year, pivoted to tough-on-crime rhetoric, saying: “It is time for the reign of criminals to end…And it comes to an end when are we more aggressive with law enforcement and less tolerant of all the bulls–t that has destroyed our city.” Speaker and long-time San Francisco politician Nancy Pelosi remarked: “But the fact is that there is an attitude of lawlessness in our country that springs from I don’t know where… and we cannot have that lawlessness become the norm.” Yet the nascent efforts of mayors such as Adams and Breed stand a strong chance at being hamstrung by the individuals most responsible for setting crime policy: the local District Attorney.

While Adams triumphed in the Democratic primary over candidates associated with both the Bloomberg and de Blasio administrations, that same primary saw the victory of Manhattan District Attorney Alvin Bragg, who would prevail in November on a reformist/soft-on-crime platform not unlike that of District Attorneys George Gascon of Los Angeles, Chesa Boudin of San Francisco, and Larry Krasner of Philadelphia. Bragg announced that his policies refusing to prosecute certain crimes- ranging from fare evasion to resisting arrest to prostitution- would “…marry fairness and safety”. Bragg has also downgraded burglary, drug dealing, and armed robbery from felonies to misdemeanors. In spite of Adams’ efforts, the DA’s hyper-lenient approach could easily place the Big Apple back in peril.

Bragg’s jurisdiction covers Manhattan, only one of the Five Boroughs. To gauge the potential impact of reformist, soft-on-crime policies compared with a tougher approach, it may be instructive to compare crime rates in each borough. The NYC Mayor’s Office of Criminal Justice data, which spans from 2013 to 2019, illustrates that the borough with the consistently lowest violent crime rate in that period was Staten Island. Staten Island’s current District Attorney is Democratic former Congressman Michael E. McMahon, who succeeded former DA and Republican Congressman Dan Donovan in 2016. In contrast with the progressive reputation of New York City’s Democrats, McMahon charted a moderate reputation in both the U.S. House and as Staten Island prosecutor. McMahon noted that Bragg’s policies would “roll out the welcome mat for would-be criminals to commit serious offenses without ever facing any consequence”. Indeed, official CompStat data indicated that crime in seven major categories rose 5.7 percent throughout the entire city while  Staten Island experienced a comparatively meager 0.3 percent increase in crime. Another New York City prosecutor-the District Attorney of Queens, Melinda Katz-voiced her dedication to “Holding dangerous, violent offenders accountable” and remarked that doing so  “must always be a top priority of my office”. Crime remained the second-lowest of the Five Boroughs and steadily declined between 2013 and 2018.  Queens’ DA during this period was tough-on-crime prosecutor Richard A. Brown who held the office from 1991 to his death in 2019. There was an uptick in crime 2019 that may or may not be attributed to the transition resulting in an acting DA, John Ryan presiding over the office for the rest of the year. Bronx District Attorney Darcel Clark also released a statement that her office “will continue to treat incidences of violent crime with the utmost seriousness and will do everything possible to protect the people of the Bronx from violent criminals”. Throughout the 2013-2019 period, while the Bronx consistently had the highest violent crime rate according to New York City’s official statistics, its crime rate fell between 2016 and 2019. In that time period, Clark assumed the office from the previous DA (and current New York Supreme Court Justice) Robert Johnson who was frequently criticized for failures to convict among other aspects of his tenure. The tony environs and woke sensibilities that have dominated Manhattan politics as of late may have inured Manhattanites to the harsh realities of violent crime. Given the correlation between crime rate changes to DA approaches in the Bronx, Queens, and Staten Island, Bragg’s approach to crime does not bode well for the safety of Manhattanites in the near future.

A study of the Golden State could provide further context to the disparities between municipalities with differing policies. A Public Policy Institute of California study found that both property and violent crime rose in the Golden State between 2020 and 2021. PPIC’s analysis of 2020 indicates that the lowest rates of both property and violent crime were in Imperial, Orange, San Diego and Ventura counties. Ventura County’s crime rate was estimated to be the lowest in 20 years in 2019 and in 2020 “Part I” crimes (designated as major by the FBI) increased 3 percent from 2019. In contrast with soft-on-crime Los Angeles District Attorney George Gascon and San Francisco District Attorney Chesa Boudin, Orange County’s District Attorney, Republican Todd Spitzer, has criticized Gascon’s and Governor Gavin Newsom’s approach to crime. The San Diego District Attorney, Independent Summer Stephan, has also sparred with Gascon. Stephan has even charged Antifa members for their alleged assault on pro-Trump demonstrators at a rally in Pacific Beach. Stephan’s record contrasts sharply with that of Gascon’s, whose tenure has resulted in not only more violent crime but also most recently great train robberies in Los Angeles County. Comparatively, San Diego County has seen a consistent decline in crime between 2009 and 2020. Experience is also a likely factor in some County DAs’ success: Gilbert Otero, the current District Attorney in Imperial County, was elected in June 1994 and has held office since January 1995. Conversely, the highest violent crime rates have occurred in the San Joaquin Valley and the highest property crime rates have occurred in the Bay Area according to PPIC. Just as in New York, it remains to be seen as to whether the trends of higher crime will intensify in the counties with soft-on-crime DAs.

High hopes can lead to major disappointments. Many New Yorkers were hopeful that Bill de Blasio’s election in 2013 would lead to resolving the grievances they had with outgoing Mayor Michael Bloomberg’s policies — such as the “stop and frisk” approach to policing — as well as the widening gap between rich and poor. Yet de Blasio’s tenure saw America’s largest city continue to struggle in terms of public safety while life became no less unequal in the Big Apple. In a similar vein, the election of Jimmy Carter in 1976 was intended to be a repudiation of Nixon and Watergate-only for Carter’s incompetence and mounting failures to lead to the Reagan Revolution. The platform that Mayor Adams was elected on gives reasons to look forward to a safer, more prosperous New York City. As always, cognizance and vigilance are key to securing a promising future. 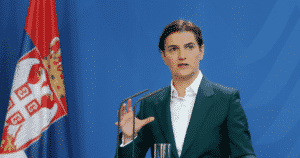 One response to “A Clash On Crime”