This sets a new record for police officers indicted on excessive use of force in a single city, following the 2020 BLM riots

“We believe many protesters injured by law enforcement officers during the protest were innocent bystanders. We also believe that the overwhelming majority of victims in the incidents that were investigated suffered significant injuries,” Travis County District Attorney José Garza said during a Thursday press conference. “Some will never fully recover.”

The names of all of the officers indicted are not yet public. Garza said his office is prohibited by law to disclose details of an indictment until the persons have been arrested and booked into the local jail.

According to Casaday, one of the officers indicted was Justin Berry, a candidate for the Hill Country’s Texas House District 19.

According to the Associated Press, the number of indictments is among the highest tied to a single city’s police force in connection with the 2020 protests so far.

Last week, before the indictments, Sandra Guerra Thompson, a professor at the University of Houston Law Center, said she would be surprised if such a high number of officers were indicted.

“Historically, we’ve seen a reluctance by grand jurors to charge police officers criminally for use of force on the job, just because of the sense that they’re putting their lives at risk and protecting the public,” Thompson said. “Those kinds of views have usually worked in their favor.”

The cases could take months or years to resolve.

In a press conference Thursday, Austin Police Chief Joseph Chacon defended his officers and rebuked Garza for remarking on “anticipated indictments.” Chacon said officers were overwhelmed by crowds that were often “riotous and violent,” stating that “less-lethal” weapons used for crowd control “did not perform in all instances in the manner anticipated.”

“Nothing more than a political attack on 19 officers who were already cleared by their department of any wrongdoing,” tweeted Joe Gamaldi, national vice president of the Fraternal Order of Police.

Rogue DA strikes again. Austin DA, Soros puppet, railroading 19 Austin officers trying to send them to prison for doing their job during riots over 18 months ago.

Nothing more than a political attack on 19 officers who were already cleared by their department of any wrongdoing.

Also, on Thursday, under a unanimously approved settlement by the Austin City Council, it was announced that protestor Justin Howell will receive $8 million. The Statesman reported that this is the highest amount ever awarded in an excessive force case involving an Austin police officer.

Another protestor who filed suit, Anthony Evans, was awarded a $2 million settlement. 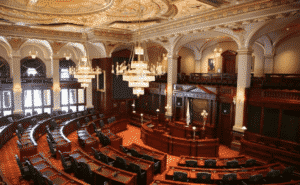